Green hydrogen[1] is set to become a key pillar of the European Union’s (‘EU’) sustainable development and emissions reduction plans, with significant implications for both the decarbonisation pathway the EU will follow over the next three decades and for carbon pricing in the EU, according to a new research paper published today by BNP Paribas Asset Management (‘BNPP AM’).

The research, Deep Decarbonisation: Green Hydrogen, Net Zero and the Future of the EU-ETS, has been written by Mark Lewis, BNPP AM’s Chief Sustainability Strategist.  It examines the pathway to achieving net zero emissions, the prospects for green hydrogen as a new source of energy and the future of the EU Emissions Trading System (EU-ETS), as well as the potential impact on the pricing of Carbon Emission Allowances (‘EUAs’).

The paper argues that there is no plausible pathway to net zero by 2050 without the scaling-up of green hydrogen such that it is commercially viable as an industrial feedstock[2] by 2030, and as an energy source thereafter.  To meet the target, therefore, the pricing paradigm for the EU-ETS will need to shift from being based on fuel-switching in the power sector to being based on fuel-switching in industry.  In other words, the key pricing parameter over the next decade will become the cost of switching from grey hydrogen[3] to green hydrogen.

This argument is based on three key premises:

The paper projects a range of potential production costs for green hydrogen and natural gas in 2030, from which can be derived a range of implied theoretical fair values for carbon allowances, based on making green hydrogen competitive with grey hydrogen as a feedstock.  It argues that the EU will have to engineer the conditions for prices to reach the level at which green hydrogen displaces grey hydrogen by 2030 in order to be on track to achieving net zero by 2050.  Beyond 2030, the EU will then have to engineer the conditions for EUA prices to reach the level that incentivises the use of green hydrogen over fossil fuel energy sources in buildings, transportation and power generation.

Based on the assumptions made about gas prices and the cost of green hydrogen in 2030, the paper estimates that EU-ETS carbon allowances would have to trade in a range of EUR 79-103 per tonne by 2030 for the EU is to achieve its net-zero goal.

Given that today's EUA price should theoretically reflect today’s perception of the future price required to deliver the policy goal (adjusted for the time value of money), this 2030 range implies a theoretical fair-value range for EUAs today of EUR 42-55 per tonne (assuming a discount rate of 6%); in other words approximately double today’s price of EUR 26.93 (as at 30 September 2020).

“Any move to pricing EUAs based on the fuel-switching level for green hydrogen to replace grey hydrogen will depend on how seriously market participants view the EU’s commitment to its 2050 policy objective of net zero, and therefore its 2030 commitment to making green hydrogen competitive as an industrial feedstock.

“If the market thinks net zero is as serious a policy commitment as its soon-to-be legally binding status would imply, both compliance players and financial investors will at some point start to assume that the EU will do whatever it takes to engineer the conditions for prices to reach the appropriate level by 2030.”

Mark Lewis can be heard discussing the research in two podcasts:

This material is produced for information purposes only and does not constitute:

This material is issued and has been prepared by the investment company. It contains opinions and statistical data that are considered lawful and correct on the day of their publication according to the economic and financial environment at the time. This document does not constitute investment advice or form part of an offer or invitation to subscribe for or to purchase any financial instrument(s) nor shall it or any part of it form the basis of any contract or commitment whatsoever.

This document is provided without knowledge of an investors’ situation. Prior to any subscription, investors should verify in which countries the financial instruments referred to in this document refers are registered and authorised for public sale. In particular financial instruments cannot be offered or sold publicly in the United States. Investors considering subscriptions should read carefully the most recent prospectus or offering documents and/or Key Investor Information Document (KIID) agreed by the regulatory authority, available on the website. Investors are invited to consult the most recent financial reports, which are also available on the website. Investors should consult their own legal and tax advisors prior to investing. Given the economic and market risks, there can be no assurance that the financial instrument(s) will achieve its investment objectives. Their value can decrease as well as increase. In particular, changes in currency exchange rates may affect the value of an investment. Performance that is shown net of management fees and is calculated using global returns with time factored in, with net dividends and reinvested interest, and does not include subscription-redemption fees, exchange rate fees or tax. Any gross of fees performance included in this material do not reflect the deduction of commission, fees and other expenses incurred. Returns will be reduced after the deduction of such fees. Past performance is not a guarantee of future results.

This document is directed only at person(s) who have professional experience in matters relating to investments ("relevant persons"). Any investment or investment activity to which this document relates is available only to and will be engaged in only with Professional Clients as defined in the rules of the Financial Conduct Authority. Any person who is not a relevant person should not act or rely on this document or any of its contents.

All information referred to in the present document is available on www.bnpparibas-am.com

Mark Lewis is Head of Climate Change Research at BNP Paribas Asset Management, having joined in January 2019. Previously, he was Managing Director and Head of Re-search... 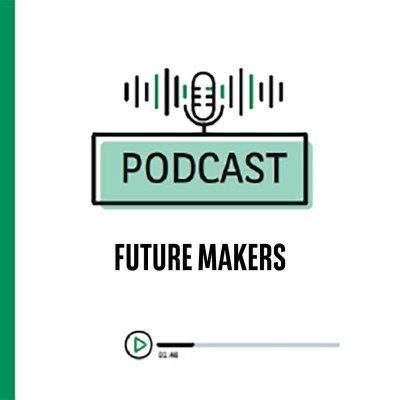 BNP Paribas Asset Management is the asset management arm of BNP Paribas, one of the world’s foremost financial institutions, and offers high value-added solutions to individual savers, companies, and institutional investors.  It has a broad range of skills in four investment divisions: Equities, Fixed Income, Private Debt & Real Assets, and Multi-Asset, Quantitative and Solutions (MAQS).  Sustainability is at the heart of BNP Paribas Asset Management’s strategy and investment decision-making process, making an active contribution to energy transition, environmental protection and the promotion of equality and inclusive growth.  Its aim is to achieve long-term sustainable investment returns for its clients.  BNP Paribas Asset Management has assets under management of EUR 428 billion* (as at 30 June 2020), with more than 500 investment professionals and almost 500 client servicing specialists, serving individual, corporate and institutional clients in 72 countries.